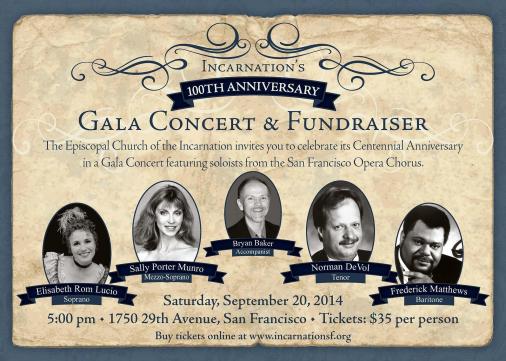 September 26, 7:30 p.m. – Rimsky-Korsakov Quartet
Come join the Rimsky-Korsakov Quartet as they kick-off their 2014 U.S.A. tour in the Bay Area. The Rimsky-Korsakov String Quartet, based in Saint Petersburg, Russia, was formed in 1939, and is a monument to Russian musical history. The present members Mikhail Bondarev (violin), Ekaterina Belisova (violin), Alexei Popov (viola), Anton Andreev (cello) are graduates of the Saint Petersburg Conservatory who, by virtue of a shared background steeped in the grand tradition of Russian music making, achieve organic and convincing interpretations of a diverse repertoire of masterworks, Russian classics, and contemporary masters. For information on the quartet click here.

The program features music by Stravinsky, Shostakovich, Vaughan Williams and Elgar. The program will also feature the rarely heard Prelude and Scherzo for String Octet, Op. 11, by Shostakovich, where the quartet will be joined by the Circadian String Quartet.

Lessons and Carols for Advent and Christmas
Come join us in celebrating the joy and the mystery of Christmas with the combined choirs of Incarnation Episcopal Church and the Network on Religion and Justice (88 Keys) in a candlelight service of Advent and Christmas carols. You will have lots of opportunity to sing and enjoy both familiar and not so familiar carols. This is a fun event for the entire family. A free reception and raffle prizes (San Francisco event only) follow the service.

Sunset Music and Arts Brings World-Class Music to the Avenues

You can get updates, offers, and the latest information by connecting with us via Facebook or our e-mail list.

Click here for parking recommendations, public transportation options and directions to the Episcopal Church of the Incarnation venue.